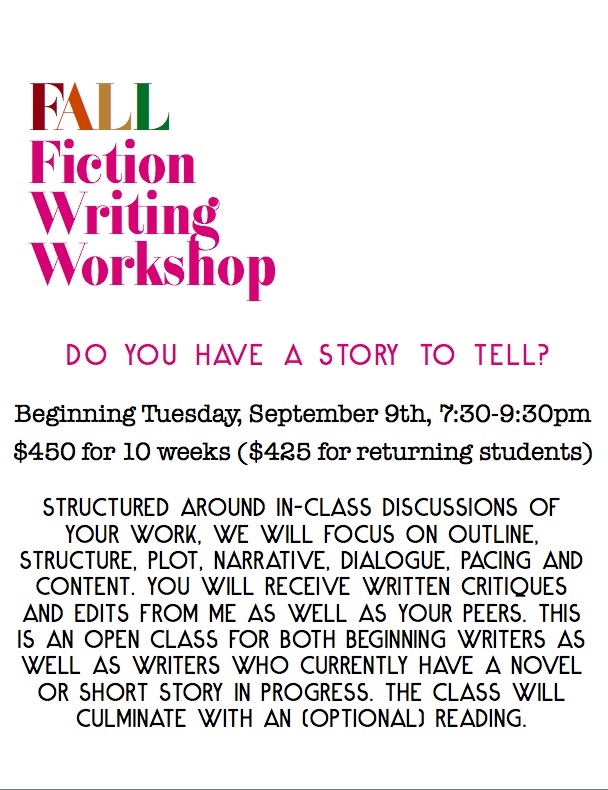 Why yes, I do have a story to tell!

I’m in this class. I haven’t taken one in ages. It wasn’t really in the budget but I made it work because classes and workshops are great motivators for me. I hadn’t taken one since 2011!

It’s pretty awesome being in a workshop again. I’m learning a lot, I like the teacher, I like the other people in the class. Fiction (outside of the soap operas I wrote when I was a kid) is kind of scary.Though being in a fiction workshop is new to me. Writing a novel seems like such a daunting task, but I’ve been taking it scene by scene. I hope to have three chapters I like by the end of this workshop. I already had three chapters, I just didn’t like them 🙂 So far I’ve had really great feedback on my first chapter. Some of it was conflicting but I took the things that everyone seemed to agree on and things that spoke to me and will use those comments to revise.

Oh, and there’s a reading in November. That’s the scariest thing about this whole shebang.

View all posts by LaToya Jordan